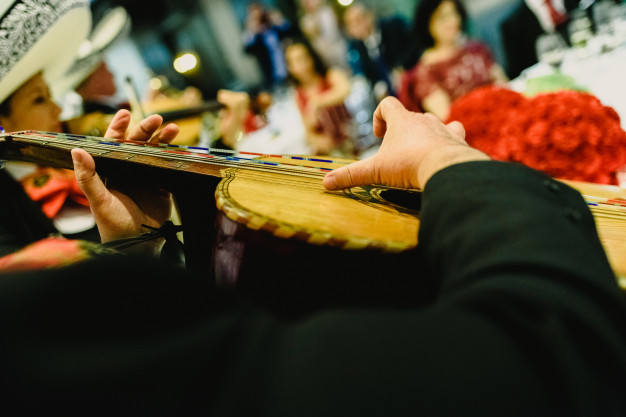 The Latin music genre emerged during the conquest of America by the Spanish and Portuguese (1492). The Latin word for this style of music refers to the geographical origin of this style of music among Latin American countries, which include the Caribbean territories in addition to Central and South America. The same cultural diversity and different traditions, together, have given audible richness to pieces made in Latin music. Due to the historical origins of Latin music in Native American culture, instruments such as Penpipe and trumpet, made using bamboo wood, were used to make pieces of this style before Europeans reached the land. As Westerners entered Latin America, native artists in the area became acquainted with violin, harp, and guitar instruments and used them to create new pieces.

Location of Latin music genre
Geographically, it refers to the Spanish and Portuguese regions of Latin America, but sometimes the French-speaking countries and the Caribbean and South American regions also include central African-influenced areas

Important instruments of the Latin music

The main language of the genre is Spanish, Portuguese and partly French. In terms of rhythm, major genres such as the Dominican Merengue, Bomba, Cuban Rumba, Puerto Rican salsa have been influenced by the rhythm of African music.

Because of the variety of countries and cultures that make up Latin music, this style is subdivided into different sub-genres and sub-genres, each with its own unique style, but with many other sub-genres of the genre. One of the most popular musical genres of Latin Tango is the Argentinean Tango, which is also popular in many countries. Brazilian Samba and Salsa are among the other sub-genres that have a huge following among the diverse subsets of the Latin music genre.

The most important sub-genres of Latin are Samba (Brazilian), Salsa (Cuban), Reggaeton, Flamenco (Spanish), Tango, and, depending on the geographical region of the genre, there is a wide variety of them:

Latin music in South America is not only influenced by indigenous European culture and modern European instruments, and the forced migration of African slaves to the continent has had an undeniable impact on this style of music. All in all, Latin music reflects the historical complexity and cultural diversity of the countries that have formed the Latin America region together, and the interesting thing about this geographic region is that it results from all the historical ups and downs in this part of the world of formation. There has been a style of music that many people around the world enjoy listening to.

The most popular Brazilian music styles are Samba and Boza Nova, which is widespread throughout the country. Brazil is the fifth country in the world to have a variety of cultures, so there is also a variety of music in Brazilian folk music.

After the Portuguese became Brazilian in 1500, they realized that the local people of Brazil could not be forced to work in slavery, so they brought African slaves to work. As a result, Brazilian music combined African and European music.

Brazilian African and European traditions vary in rhythm and dance form, with Portuguese being the dominant language, not Spanish.

In the late 19th century, the style of samba music emerged as a popular style in Brazil. Samba music, a mix of Brazilian dances with music, quickly became popular in the country, so early in the century samba music was broadcast on the radio and Brazilians enjoyed dancing to music.

Choro and Sertaneja are some of the most popular Latin America music styles formed in Brazil. The choro style was born in Rio de Janeiro in the 19th century. Choro is usually played with a guitar, a flute and a kavakio, which creates a beautiful mix.

Sertaneja music is a traditional style that resembles country style. It is actually quite popular in Brazil but not abroad. This genre comes from sertao and caipira, two traditional Brazilian music genres. In addition to the aforementioned styles, Brazil also has many traditional styles, such as Maracato, Afox, Freu and Foro.

Ranchera is one of the most popular styles of Latin American traditional music. At first the style was played as a guitar solo but later developed and performed in full bands. During the Mexican Revolution, Ranchera’s music helped greatly promote Mexican culture.
The sons style originated older than Ranchera and two centuries before, a blend of Mexican, African and Spanish folk music. The combination of this style has made it versatile and flexible so that it has a variety of cultural effects.

The most well-known traditional style of Colombian music is the Cumbia style, which exhibits well the features of Latin music. This style is performed with heavy percussion and flute accompaniment that will have a good effect on the audience and provide the appropriate Colombian rhythms for the dance. The Cumbia style in Mexico has many fans.
In addition to the styles mentioned, there are other types of music and dance in Latin music, each representing its own cultural features. This is an attempt to summarize important parts of Latin music in a nutshell.